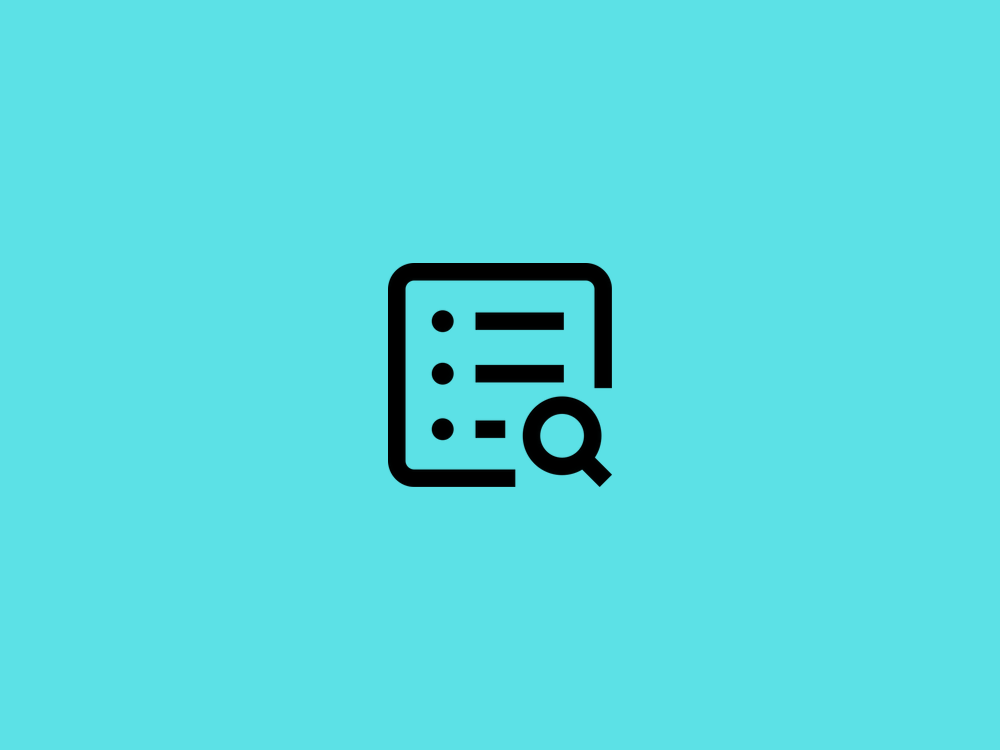 If you plan to move to another state when you retire, examine the tax burden you’ll face when you arrive. State taxes are increasingly important to everyone, but retirees have extra cause for concern since their income may be fixed.

States raise revenue in many ways including sales taxes, excise taxes, license taxes, income taxes, intangible taxes, property taxes, estate taxes and inheritance taxes. Depending on where you live, you may end up paying all of them or just a few.

This section of our Web site provides you with information on state income taxes, sales and fuel taxes, taxes on retirement income, property taxes and inheritance and estate taxes. as well as sales and fuel taxes. It is intended to give you some insight into which states may offer a lower cost of living. To check out the state where you want to retire, just select from the state menu above.

All states except Alaska, Delaware, Montana, New Hampshire and Oregon, collect sales taxes. Some have a single rate throughout the state though most permit local city and county additions to the base tax rate. Those states with a single rate include Connecticut, Hawaii, Indiana, Kentucky, Maine, Maryland, Massachusetts, Michigan, Mississippi, New Jersey, Rhode Island, Vermont, Virginia, and West Virginia.

Every state collects excise taxes on gasoline, diesel fuel and gasohol. The figures shown for each state reflect only the amounts controlled by the states and do not include additional taxes imposed on motor carriers. However, they do include other taxes paid at the pump by consumers. Where applicable they include sales taxes, gross receipts taxes, oil inspection fees, underground storage tank fees and other miscellaneous environmental fees. They do not include the federal excise tax which is 18.4 cents for gasoline and 24.4 cents for diesel fuel.

Nine states permit cities or counties to impose a local tax on fuel. Taxes in some states can also vary based on the wholesale price which is adjusted quarterly.

A total of 41 states impose income taxes. New Hampshire and Tennessee apply it only to income from interest and dividends. Seven states (Alaska, Florida, Nevada, South Dakota, Texas, Washington, and Wyoming) do not tax personal income. Of the 41 with a broad-based income tax, 35 base the taxes on federal returns, typically taking a portion of what you pay the IRS or using your federal adjusted gross income or taxable income as the starting point.

Most states specify amounts for taxpayers and each of their dependents that can be used as an offset in determining taxable income. Most also specify the amounts that persons 65 or older can deduct.

Only nine of the 41 states with broad-based income taxes permit taxpayers to deduct some or all of their federal income taxes. This is an advantage if you are deciding between two states with similar rate structures but only one allows you to deduct. The latter would give you a lower effective tax rate. The states are Alabama, Iowa, Louisiana, Missouri, Montana, North Dakota, Oklahoma, Oregon and Utah.

The remaining 14 states with broad-based income taxes tax Social Security to some extent:

States are prohibited from taxing benefits of U.S. military retirees if they exempt the pensions of state and local government retirees. Most states that impose an income tax exempt at least part of pension income from taxable income. Different types of pension income (private, military, federal civil service, and state or local government) are often treated differently for tax purposes.

States are generally free from federal control in deciding how to tax pensions, but some limits apply. State tax policy cannot discriminate against federal civil service pensions. Ten states exclude all federal, state and local pension income from taxation. These include Alabama, Hawaii, Illinois, Kansas, Louisiana, Massachusetts, Michigan, Mississippi, New York and Pennsylvania. Among these 10 states, only Kansas taxes any Social Security income, but only to the extent it is subject to federal taxation. These 10 states differ on the taxation of retirement income from private-sector sources. Kansas and Massachusetts do not exclude any private-sector retirement income, but most of the others allow a fairly broad exclusion. In tax year 2008 Kansas residents with an adjusted gross income of less than $75,000 may exclude Social Security income from state taxes. Pennsylvania allows a full exclusion. Alabama excludes income from defined benefit plans. Hawaii excludes income from contributory plans. Illinois and Mississippi exclude income from qualified retirement plans. Louisiana, Michigan and New York cap the private-sector exclusion at $6,000, $34,920 and $20,000, respectively.

Three states (New Jersey, Massachusetts, and Pennsylvania) do not allow IRA contributions to be deducted from taxable income. Of the three, only Pennsylvania does not tax IRA earnings of taxpayers age 59 years or older, since earnings are treated like pension income, which is tax exempt.

Taxes on land and the buildings on it are the biggest source of revenue for local governments. They are not imposed by states but by the tens of thousands of cities, townships, counties, school districts and other assessing jurisdictions.

The state’s role is to specify the maximum rate on the market value of the property, or a percentage of it, as the legal standard for the local assessors to follow. The local assessor determines the value to be taxed. You can’t escape property taxes in any state. But you can find significantly low rates in certain parts of the country.

Most states give residents over a certain age a break on their property taxes. With some taxes, you’ll need a relatively low income to qualify. Forty states provide either property tax credits or homestead exemptions that limit the value of assessed property subject to tax.

There may be other tax breaks available, depending on where you live. All 50 states offer some type of property tax relief program, such as freezes that will lock in the assessed value of your property once you reach a certain age, or deferral of taxes until the homeowner moves or dies. They ultimately have to be paid. In addition, counties and municipalities often have their own property tax relief plans.

Other property tax relief strategies that may be used to target property tax relief include homestead exemptions which exempt a certain amount of a home’s value from taxation, credits to rebate a certain percentage of taxes paid, and deferral programs to allow low-income elderly homeowners to defer payment of property taxes until property is sold.

New data released by the Census Bureau shows that over a three-year period (2005 – 2007) taxes paid by homeowners in New York and New Jersey counties were the highest while several Louisiana parishes paid the least. This information is based on the data from the Census Bureau’s American Community Survey which now includes three-year averages for places where the population is greater than 20,000.

An inheritance tax is an assessment made on the portion of an estate received by an individual. It differs from an estate tax which is a tax levied on an entire estate before it is distributed to individuals. It is strictly a state tax. Eleven states still collect an inheritance tax. They are: Connecticut, Indiana, Iowa, Kansas, Kentucky, Maryland, Nebraska, New Jersey, Oregon, Pennsylvania and Tennessee. In all states, transfers of assets to a spouse are exempt from the tax. In some states, transfers to children and close relatives are also exempt.

Estate-tax changes appear inevitable. Under current law, the basic federal estate-tax exemption for 2009 is $3.5 million, and the top estate-tax rate is 45%. (Transfers between spouses typically are tax-free.) In 2010 the tax is scheduled to disappear entirely — only to reappear in 2011 with a $1 million exemption and a top rate of 55% on the largest estates. But don’t bet on a total repeal. While that was the Bush administration’s oft-stated dream, President Obama has said he is opposed to that idea. Instead, he said during the presidential campaign that he favors extending this year’s $3.5 million per-person exemption level and the 45% top rate into future years. Another factor to consider: Many states impose their own death-related taxes.

In most states, estate and inheritance taxes are designed in such a way that states face either a full or partial loss of estate tax revenues as this credit is phased out. States can avert this loss of revenue by “decoupling.” Decoupling means protecting the relevant parts of their tax code from the changes in the federal tax code, in most cases by remaining linked to federal law as it existed prior to the change.

Of these, 12 states acted to decouple from the federal changes. Illinois, Maine, Maryland, Massachusetts, New Jersey, Rhode Island, and Vermont enacted legislation linking their estate taxes to the federal estate tax as in effect before the 2001 tax bill. Minnesota, which passes a tax conformity package each year, explicitly elected not to change its estate tax to conform to the federal changes. North Carolina elected to decouple at least through 2005, and Wisconsin has decoupled through 2007. Nebraska decoupled by creating a separate state estate tax on estates that exceed $1 million based on the federal law before the 2001 changes. In 2005, Washington enacted a separate tax with a somewhat different rate structure that applies to estates that exceed $2 million after the state’s original decoupling was nullified in court.

If all other things are equal, a state with a lower burden is a more attractive place to retire than a state with a higher one. To get a true sense of which state is less expensive, you need to look at state and local tax burdens. Only then do the low tax states stand out.

It is estimated by the Tax Foundation that the nation as a whole will pay on average 9.7% of its income in state and local taxes in 2008, down from 9.9% in 2007 primarily because income grew faster than tax collections between 2007 and 2008.

Updated August 2009; based on available data.

Get help with your tax & accounting needs

Your business is important to us. Contact us today so we can help you achieve success.

Max Frid is a co-founder of our firm and its Principal. He has over fifteen years of experience in tax and accounting. Mr. Frid began his career with a Big Four international public accounting firm. Subsequently, he was a corporate finance manager in the headquarters of the Walt Disney Company. Mr. Frid’s expertise includes all types of federal and state tax disputes and controversies, mergers and acquisitions, tax planning, research, compliance and consulting services.

A significant part of Mr. Frid’s practice focuses on wholesale and retail distribution, manufacturing, professional services, real estate and technology. He also leads our real estate construction practice. Mr. Frid received his CPA license in California in 1999 and is graduating from Golden Gate University, Master of Science in Taxation program.

×
Alex Polovinchik is a co-founder of our firm and its Principal.

He has handled extensively tax and accounting matters in a wide variety of subjects. His expertise encompasses individual, corporate and partnership tax compliance and planning, all types of federal and state tax disputes and controversies, as well as domestic and international business transactions and dispositions.